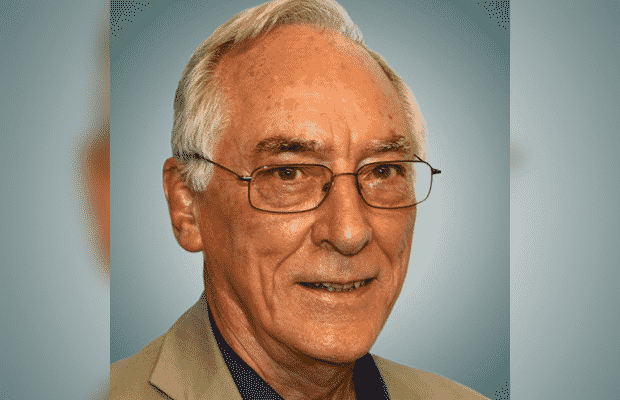 Ken dedicated his life to the sport from an early age and was a hugely influential figure in youth basketball, specifically Mini-Basketball both nationally and across the globe.

His tireless work was not only recognised with an MBE but he is one of only four from the UK to have been awarded FIBA’s highest honour, The Order of Merit, in 2002.

“Ken has left a lasting legacy and will be recognised as a pioneer for youth basketball across the globe.

“Through his dedication and influence he has opened up so many opportunities for young people to be introduced to the game and get the most from our sport.

“We really have been privileged to benefit from his efforts for so many years.”

Ken came into basketball when he was a teacher in London at the age of 23, before eventually becoming Head of the newly founded Greneway School in Hertfordshire where he introduced the sport to the pupils and staff.

Encouraged and supported by the late Harry Wilson and Bert Olphin, steps were taken to found the English Schools, with Ken becoming Chairman in 1959/60 as well its first Under-19 Team Coach.

He was then able to work within Greneway and the club he founded in 1970 with his wife Di, Corvus Cornix Basketball Club, to help train thousands of teaches, coaches, players and officials, including some that would go on to the very top of the game.

Over the years, Ken has become synonymous with his work on Mini-Basketball. Persuaded by another Order of Merit recipient William Jones to contribute to the development of the format in 1976, by 1980 his impact on that area on the sport has been hugely significant throughout the world.

By this time Ken and Di also formed lasting friendships with enthusiasts and leaders of Mini Basketball in Finland, Italy, Japan, Spain, and Taiwan, as well as in the UK.

Despite his heavy involvement on committees and the management of the sport, both in the UK and abroad, Ken still retained a love and enthusiasm for the game and teaching people how to play. Between schools, clubs and other organisations, Ken’s imprint on the sport continued to grow ever larger.

“I want to pay tribute to a man who for 50 years has given so much to basketball.

“It fell to him to lead and manage the development of this important children’s sport across the world, in each of the five continental zones. He presided over conferences, zone Mini-Basketball committees, tutored the training of experienced coaches who were to be charged with cascading the philosophy and good practice of Mini-Basketball within their respective nations.

“Millions of children now have the opportunity to enjoy the fun of Mini-Basketball.”

Speaking at his retirement ceremony in 2007, Ken said: “We have helped millions of young people and given them the opportunity to enjoy basketball, which was not the case all those years ago – I can leave feeling very positive.”