Six British Basketball games to watch during the lockdown - Hoopsfix.com

Six British Basketball games to watch during the lockdown 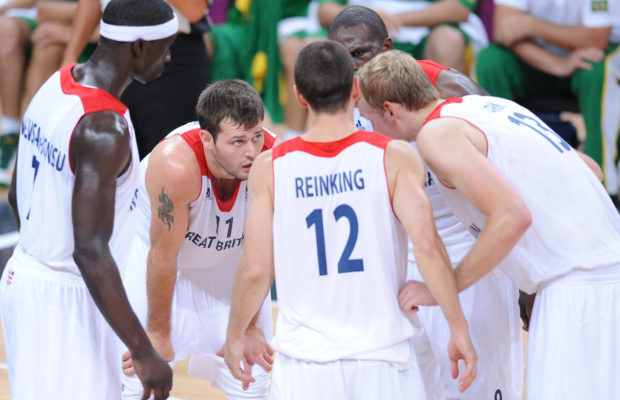 There’s a huge basketball-shaped hole in the world right now and while the absence of live sport is insignificant in the bigger picture of the current global pandemic, we’ve decided to put together a list of games to watch during the lockdown.

Starting off with history. A victory, in basketball, for Great Britain at an Olympic Games – and in London, too. After four consecutive defeats – one of which, an epic against Spain, can be viewed HERE – Chris Finch’s side broke their duck by defeating China in their final pool game with Kieron Achara top scoring in the victory with 16 points.

To all my @gbbasketball and @basketballscot peeps. If you are looking for something to do tonight here is the link to @gbbasketball win against China at the London Olympics. It was our dear friend @RobertArchibald last ever game #RIPArch #britishbasketball https://t.co/6GuBBbpGWU

Sub-note: Uncanny timing of the above tweet during the preparation of this article.

Again, not digging too deep into the archives but even so, this will go down as one of the most memorable finals in BBL history – for many reasons. London City Royals walked the walk after talking the talk upon entering the league, although it would prove to be a short existence for the club. Both sides were full of high quality British talent and produced the goods at the Emirates Arena in Glasgow with some big moments down the stretch in a dramatic final.

The recent Trophy final between Newcastle Eagles and Solent Kestrels lived up to the drama stakes and there’s also the final from 2013 as Sheffield Sharks and Leicester Riders played out a thriller, HERE.

As preparation games go, taking on the world’s best is pretty spectacular. GB’s finest going toe-to-toe with USA in Manchester with the visitors featuring the legend Kobe Bryant – who sadly passed away earlier this year – alongside the likes of LeBron James, Kevin Durant, Carmelo Anthony, Deron Williams and Chris Paul on an incredibly stacked 12-man roster. Not bad, huh?

What’s better than a GB side beating European powerhouses Serbia on the international stage? That’s right, two GB sides. Against the odds, GB U20s overcame an 0-3 start and missing leading scorer Kareem Queeley to make the quarter-finals before the Under-18s repeated the feat in the same month as they stunned the defending champs in an overtime thriller.

Taking it back to 2014 for the first-ever edition of the Hoopsfix All-Star Classic at Brunel University. And, to date, the only senior game to take place at the Classic with an array of top British talent assembled for an Under-26 encounter. GB Senior regulars Dan Clark and Myles Hesson were on opposing sides, while Matthew Bryan-Amaning shone to take the MVP award.

Any other games you’ve been watching? Let us know at @Hoopsfix on all our social channels.