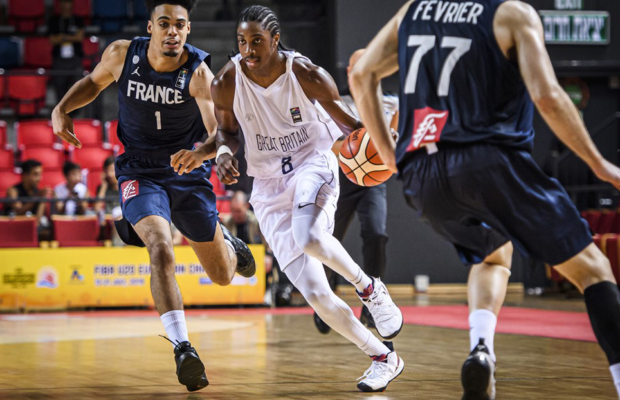 The GB Under-20s dropped to 0-2 at the Division A European Championships with a 74-60 defeat at the hands of France in Israel on Sunday.

Kareem Queeley once again led GB with 16 points but registered 8 of GB’s 24 turnovers, Romario Spence had 13 points and Kayne Henry finished with 12 to join them in double figures.

As with their opener against Turkey on Saturday, GB led through the first quarter until a 14-0 run bridging the first and second periods saw France take control, taking a double-digit lead into halftime before thwarting multiple GB runs in the second half as they would not get closer than 7 the rest of the way.

“Very proud of the players,” Head Coach Karl Brown said. “We played tough and never gave up against one of the top ranked sides in the world we need to limit our turnovers and try to get more scores but I am happy with our progression.

“The mood in camp is very positive and we are looking forward to the last group game against Montenegro.”

The result leaves Coach Brown’s team bottom of Group A, with Montenegro to play in the final group game tomorrow.