Red Bull Reign 3×3 Coming to the UK This Summer 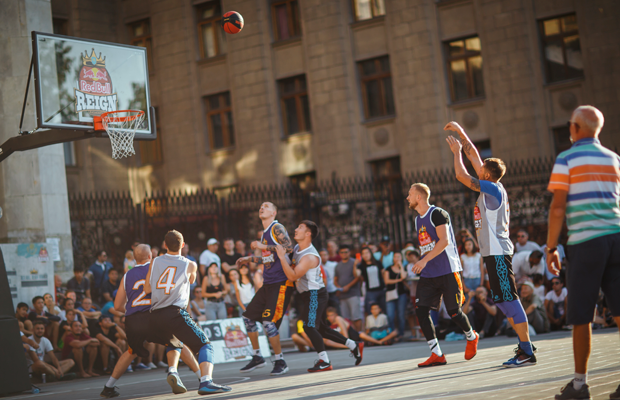 Red Bull’s open 3-on-3 international basketball tournament will be coming to the UK this summer for the first time, the brand has announced.

Red Bull Reign tips off with three London regional qualifiers in May and June 2019 at Turnpike Lane, Clapham Common and Finsbury Park, with the regional winners then battling it out at the national final (date/location TBC), with the overall UK winner being invited to the global final in Canada later in the year.

The tournament is giving UK hoopers a chance to represent their city and country on a global stage, alongside 13 other countries including Russia, India and Belgium with the World Final taking place in Toronto, Canada. Team entries opened at 6pm on Thursday night at www.RedBull.co.uk/Reign.

Red Bull Reign uses a unique set of rules based on the gameplay of the FIBA guidelines. Each game promises to be fast-paced, having a max high-score of 21 and coming to an end if a team reaches 21 before the 10-minute time cap, whilst if the game finishes tied, the next basket wins.

The UK will host a men’s and women’s tournament for over 16s only. Team entries cost £15 per team, with 4 players in each (3 players and 1 sub).

For more information and to sign up check out www.RedBull.co.uk/Reign.