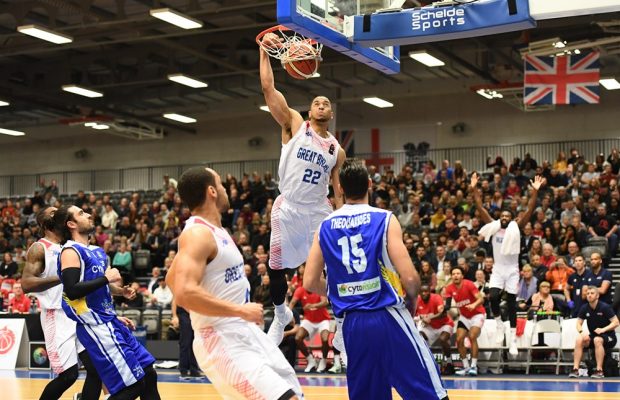 They improve to 2-1 ahead of Sunday’s showdown with Austria with GB needing a 15-point victory to win the group and advance to the EuroBasket 2021 Qualifiers.

Myles Hesson top scored in the rout with 18 points with Carl Wheatle adding 14 off the bench, while Andrew Lawrence and Ovie Soko both hit 11. Gabe Olaseni grabbed 13 boards and there was a nine-point outing on debut for Conner Washington.

GB held their opponents to just eight points in the second as they pulled further clear to lead 45-24 at half-time with nine players already on the scoresheet for the home side.

Hesson scored nine points in a powerful display in the third – including an alley-oop connection with Lawrence – as GB edged the third and they sealed a convincing victory with a dominant fourth quarter effort.