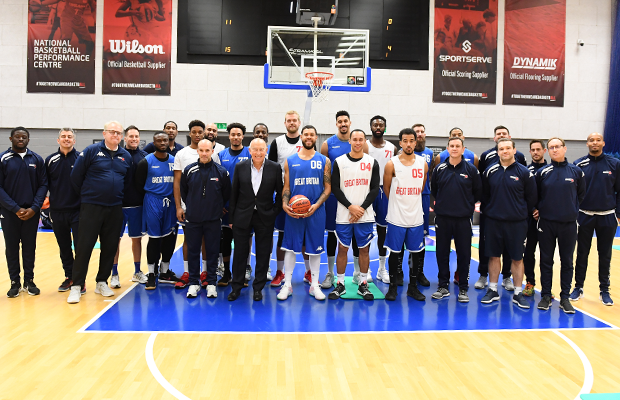 Great Britain Head coach Alberto Lorenzo has named 15 players for the Great Britain Senior Men’s upcoming EuroBasket 2021 pre-qualifiers against Austria on Thursday in Manchester (tickets here) and away in Cyprus on Monday.

Spain-based GB Under-18s Jacob Round and Kareem Queeley receive their first call ups for the Senior men’s and there is also a return to the squad for Ogo Adegboye, who is making his first showing in GB uniform since EuroBasket 2013 after coming out of retirement to return to basketball this year.

Additionally, there is another call up for Surrey Scorchers guard and former GB U20 Josh Steel, being one of three BBL players on the roster, along with reigning MVP Justin Robinson and Gareth Murray.

“I am really happy to be here again,” Coach Lorenzo said.

“I feel really comfortable and I feel like I am home so I am really proud to be here again. I feel that we have a really good team, the guys are doing a really good job, they all have a good attitude, and we’re physical, it’s looking good.”

GB are housed in Group D alongside Austria and Cyprus.