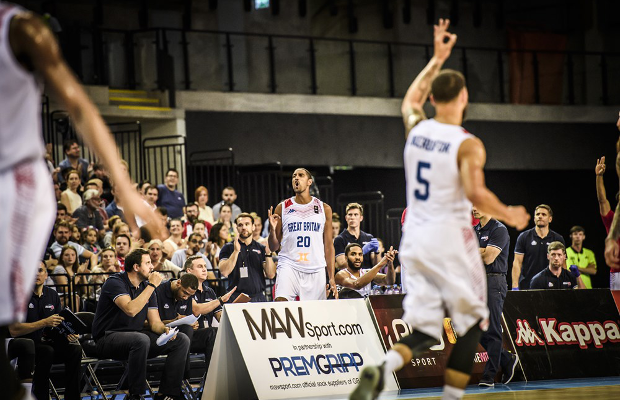 £110,570 has now been released to enable the GB basketball teams to compete in two senior women’s and two senior men’s games in November 2018 and February 2019, from the initial pot of £500,000 that was announced from the Department for Digital, Culture, Media and Sport (DCMS) in May.

An initial investment of £195,000 was provided to British Basketball at the time to ensure GB athletes could compete at important World Cup qualifying games in June and July.

It leaves £194,410 in the pot; a further instalment of £102,186 will be released in November if British Basketball can demonstrate progress against the agreed conditions including a clear commercial plan, a sustainable financial forecast and demonstrating the impact GB teams can have in supporting the wider government sport strategy.

And then, the final £92,224 will remain available to the sport subject to final conditions being met and agreed with UK Sport.

“At the request of Government, UK Sport has worked to support British Basketball in finding a solution to enable GB athletes to compete,” Liz Nicholl, Chief Executive of UK Sport, said.

“It is important that British Basketball continues to work to demonstrate it can deliver on its financial, governance and inspirational impact commitments.”

“We are pleased to receive this additional funding to support GB basketball. We know that basketball changes lives and enhances communities, and we know from our partners in England, Scotland and Wales just how much basketball is growing in popularity, and what it means to people of all ages.

“This additional financial injection will help us to continue to develop the impact of our sport on people and communities across the country, while allowing our best athletes to continue competing at the highest level.

“One immediate focus is on our GB Women’s squad and their crucial game in Manchester against Greece next month as they attempt to qualify for the 2019 Women’s EuroBasket Tournament. We would encourage the basketball community to get behind the team and show their support.”