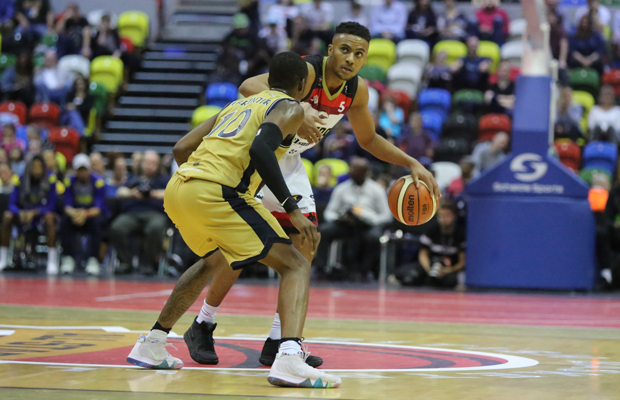 With face-paint applied and a seat on the team bus with travelling Derby Storm supporters, six-year-old Rema Lascelles was ready to cheer on his father at the 1999 Uni-Ball Trophy final in Birmingham.

Tim Lascelles made 344 BBL appearances, scoring over 3,500 points and while his long career was beginning to wind down, the possibility of another in the family was only just emerging. 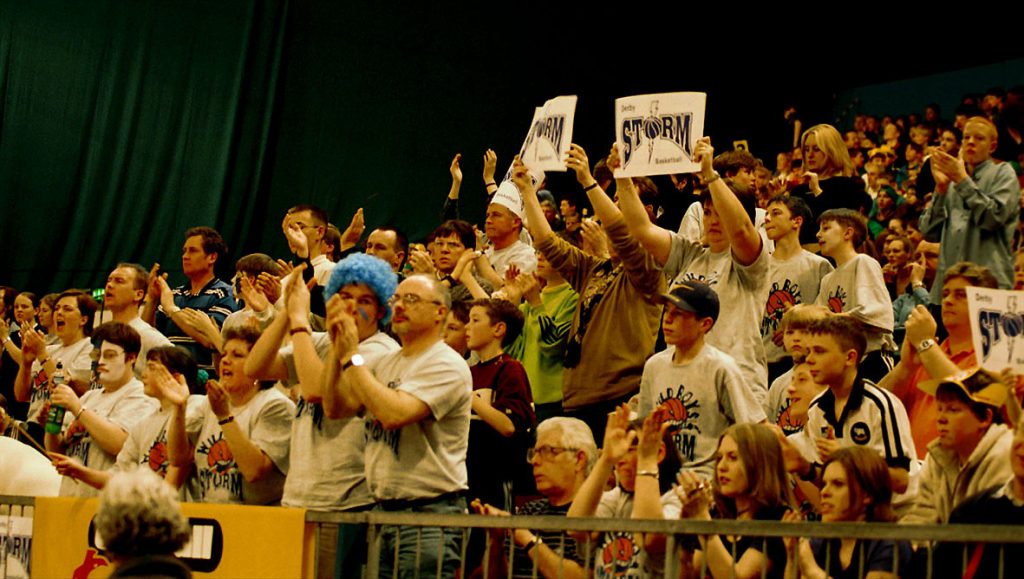 “I got a lot of opportunities to watch my dad play and that’s definitely where my love of the game grew,” stated Rema, now 26.

“I remember the Uni-ball Finals really well, seeing coach Bob Donewald in practice and getting to watch the likes of Rico Alderson and Yorick (Williams).

“With my brother Jamaal, we’d play [basketball] for hours in the front garden, but we were too competitive and our dad would have to come out and stop us from fighting because both of us just wanted to win all the time.

“That’s probably one of the biggest factors – going up against my brother – in getting that competitive attitude and determination that I have.”

Jamaal, however, opted for a career in football and is currently the captain of Premier League side Newcastle United, while Rema – the older sibling – decided to pursue basketball.

Fast-forward 19 years as the journey from BBL Trophy final spectator to BBL Trophy final winner was complete with Lascelles winning his first piece of silverware with Leicester Riders last season as part of a treble-winning conquest.

Lascelles joined the Riders in the summer of 2017 after seizing his chance to impress Head Coach Rob Paternostro whilst playing in a friendly before three weeks of practice with the club.

“I was asked to play for Team Northumbria in a game against USA Select, which was in Leicester,” he explained.

“I had known Rob [Paternostro] for years and he was watching because Leicester played the same team the next day. I played quite well so Rob asked if I’d play for them and after that, asked me to come to practice on the Monday.

“After three weeks of practice, I still hadn’t signed, but I must have impressed as I signed before the team went out to the Czech Republic for pre-season.”

The 6’6″ guard had a solid debut campaign in the BBL, handing out 3.9 assists per game in a growing role throughout the season that included two games with 12 assists.

Lascelles doesn’t need to be a big scorer to be an important contributor and is pleased with his development under the guidance of coach Paternostro – a former point guard himself.

“Rob is a demanding coach who always expects your best and I’m definitely enjoying the challenge,” he said.

“We see the game in similar ways which is beneficial. Rob understands what I bring to the team and the intangibles that don’t show up on the stat-sheet.

“Everyone is so talented on the team that it makes my role easy; just finding guys when they’re open and controlling the tempo.”

He added on retired captain, Tyler Bernardini: “Going up against Tyler in practice helped my game come on leaps and bounds.

“He was such a professional in how he approached the game and seeing the way he read the game really helped me.”

Starting out with tough challenges

Lascelles had begun taking basketball seriously at the age of 12/13 and a few years later headed out to Spain following his GCSE’s to join the basketball academy at Gran Canaria.

“The year in Spain was certainly the most challenging for me with the new environment and having to practice three times a day was tough.

“It might not have directly benefited me at the time, but it helped develop a toughness in me.”

The teenager bounced back from the disappointment of being cut by the England Under-16s to make the Under-18 national team for two successive summers and also went on to represent Great Britain at Under-20 level. 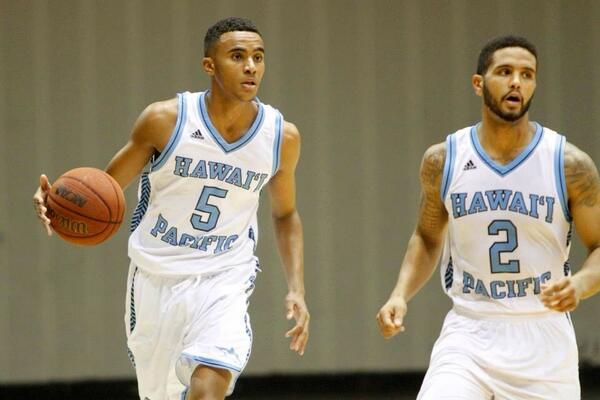 In the midst of becoming a junior international, Lascelles embarked on his college career in the states after heading to Hawai’i Pacific University via a recommendation from former Derby Trailblazers team-mate Rishi Kakad – who also played for Leicester in the BBL.

Lascelles averaged 4.1 points in 19.0 minutes per game in his senior year with the Sharks and admitted to growing frustrated at the lack of opportunity to showcase his talent.

“I felt I had done enough to deserve more playing time. The style of basketball didn’t necessarily suit my game and I had to have the self-confidence to keep believing.

“After college, I wasn’t enjoying basketball as much as I was.”

Lascelles returned to his hometown and spent six months playing for the Trailblazers in England’s Division 1 again before finishing the season in Germany.

He made the move to SV Hagen-Haspe in the fourth tier of German basketball – still a popular destination for Brits abroad – and had some standout displays during the 2016-17 campaign.

“It was nice being the import player,” he recalled. “A lot was demanded of me as one of the main players on the team and it brought the enjoyment back.

“After some time away, I decided that I wanted to play closer to home so when the chance came to join Leicester – one of the top teams in the country, it was perfect.”

A year on and Lascelles is relishing trips overseas as Leicester Riders take on their new challenge in Europe.

Danish champions Bakken Bears ended the Riders’ inaugural Basketball Champions League campaign at the first hurdle in qualifying which resulted in the BBL champions dropping into the FIBA Europe Cup. 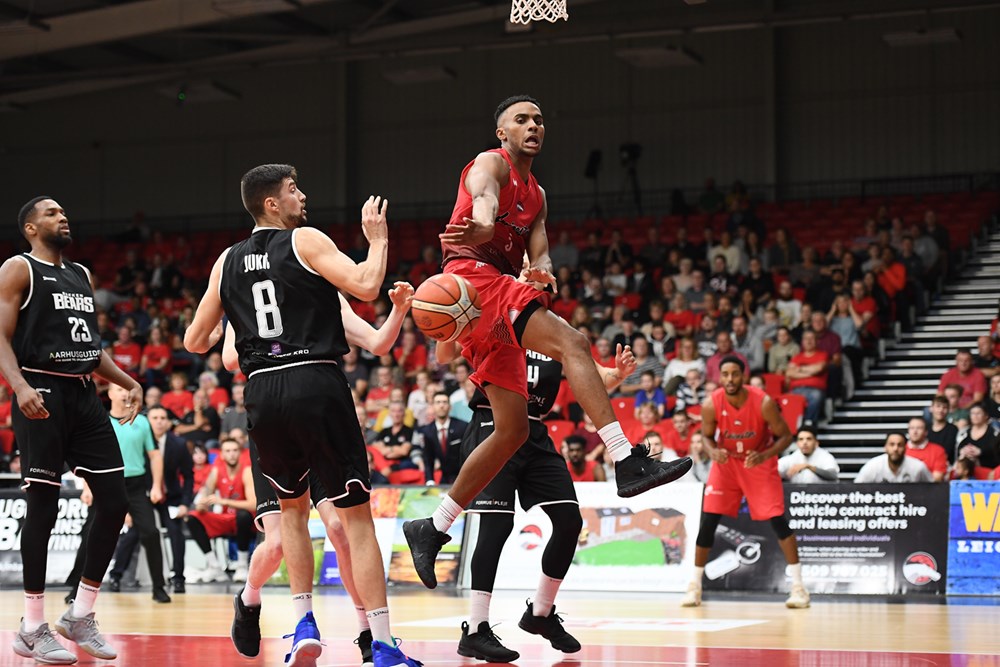 And, after finishing runners-up at the 2018 British Basketball All-Stars Championship at the Copper Box Arena on Sunday, preparations continue for their next test.

“Things are going well,” said Lascelles. “It was nice playing against people that are not ourselves in practice and it was a fun event for the fans and the teams.

“We had our last practice yesterday and everyone is coming back healthy and the new players are gelling together. The coaching staff do a great job of making everyone feel comfortable.

“It’s great having the chance to go up against a standard I’ve never played against before.

“For the club it’s huge, but also for British basketball in general, seeing European competition can only be good for the sport.

“It gives British clubs a chance to see what is needed, not just on the court, but also what things have to be done away from it with things like organisation – this is the benchmark.”

An adjustment is needed to cope with life in Europe amongst the usual rigours of a challenging BBL campaign that begins at home against newcomers London City Royals, on Saturday.

But with strength in depth, the Riders have the tools to cope with the upcoming tests and Lascelles wants to make sure he plays his role to the best of his ability.

He concluded: “I always want to give a good account of myself.

“I always think that if I have a good game, it helps put the team in a good position of winning, and that’s what I’m driven by.

“As a team, we want to go out and play hard and it all starts by giving your best in each and every practice.”

You can watch Leicester Riders in action during their FIBA Europe Cup campaign LIVE on YouTube, starting tonight against Italian side, Dinamo Sassari at 7pm.