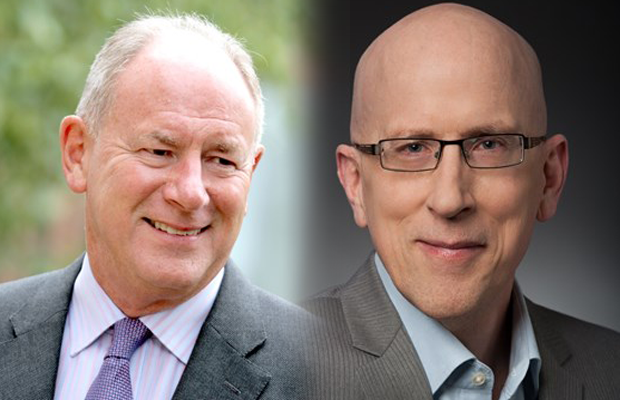 Basketball England has announced the appointment of two Independent Directors, Russell Bell and Jason Seiken, to the board.

Bell formed a part of the pioneering Crystal Palace Basketball Club that achieved considerable success in the 1970s and early ’80s. Since that time, he has been involved in the coaching of junior & senior teams at school and local levels in the London & Sussex Leagues. Bell also still participates in the annual GB Masters tournaments.

He was first exposed to English basketball while studying for a semester at the University of Bath, where he went on to play for the team, and Seiken still remains pretty partial to a spot of pick-up ball whenever an opportunity arises.

“I warmly welcome Jason and Russell to the Basketball England Board and their long-standing experiences and respective expertise will be of great benefit to all of us here going forward,” said Basketball England’s Independent Chair Clare Wardle.

“I’m very much looking forward to working collaboratively and collectively with them both in the forthcoming weeks and months and throughout the bright and exciting future that lies ahead for English – and British – basketball.”

Bell commented, “Basketball is a fantastic sport and, in England, we have an army of people who are providing great support for players of all abilities and ages. Whether or not the game has progressed significantly over the past 20 years or so is more debatable, but – if we can create a clear vision for the future and get buy-in from players, supporters, coaches and officials, then we can make great strides very quickly.”

“That’s why I’m keen to get involved and support the board of Basketball England in building and delivering that vision over the next six years.”

Seiken stated, “I’m delighted to join the board of Basketball England and determined to do whatever I can to help give more people the opportunity to play this wonderful sport. Basketball was a formative experience for me; the lessons I learned about teamwork, determination, hustle and making that one extra pass have served me well throughout my personal and professional lives.”

Away from their activities on the basketball court, Seiken is the CEO of technology and consulting firm QCatalyst. He has previously held Editor-in-Chief roles at the Daily Telegraph and Washingtonpost.com and been the SVP (Senior Vice President) at PBS (Public Broadcasting Service). Seiken specialises in digital transformation at traditional businesses.

Bell’s professional background is in legal affairs. A solicitor by profession, he recently retired as senior partner of a regional law firm, where he specialised in corporate finance transactions. Bell lives in Surrey and is married with two grown-up children.