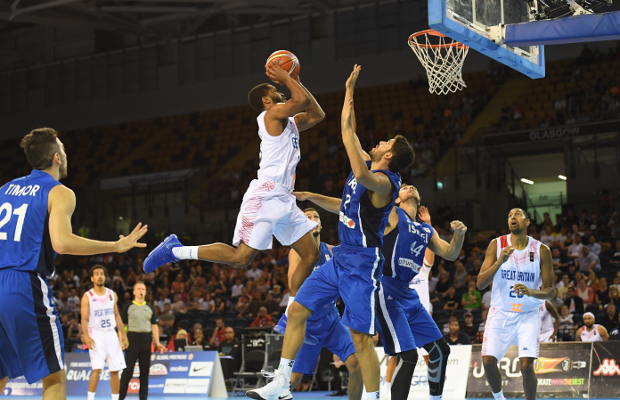 Alberto Lorenzo’s side were unable to back up their win against Estonia on Friday as they failed to secure a top-3 spot in the group.

Dan Clark led GB with 19 points and 7 rebounds, while Tarik Phillip was the only other player in double figures with 11.

Clark scored the first four points for GB before five from Phillip helped cut an early GB deficit to 11-12. Israel held a five-point advantage at the end of the first and a 7-0 run early in the second made it 17-26.

Gareth Murray hit back-to-back threes in a timely spurt for GB as the lead was trimmed back to a single point as Justin Robinson fired in eight points in the period. The visitors were 33-34 ahead at the half and were able to extend the gap heading into the final period at 45-50.

GB kept battling and a huge three from Clark made it 56-58 with a huge throwdown with three and a half minutes left on the clock. However, they were continually kept at bay by their opponents with Gal Mekel moving towards 20 points to put Israel up four ahead of the final minute.

Robinson went 1 of 2 from the line only for Israel to answer with another dagger from Mekel to make it 59-64. Rafi Menco landed a further blow from downtown and GB’s hopes were ended.

Had GB won, they would have been facing the prospect of games against Serbia, Germany and Georgia in the Second Round.

– GB knew victory would be enough following Greece’s win over Estonia
– Israel won the first meeting 82-75 in Tel-Aviv
– Teddy Okereafor came into the starting lineup for Tarik Phillip
– Ryan Richards made his first GB cap since 2011, replacing Carl Wheatle in the 12