GB Under-20 Women Come up Short Against Unbeaten Belarus - Hoopsfix.com

GB Under-20 Women Come up Short Against Unbeaten Belarus 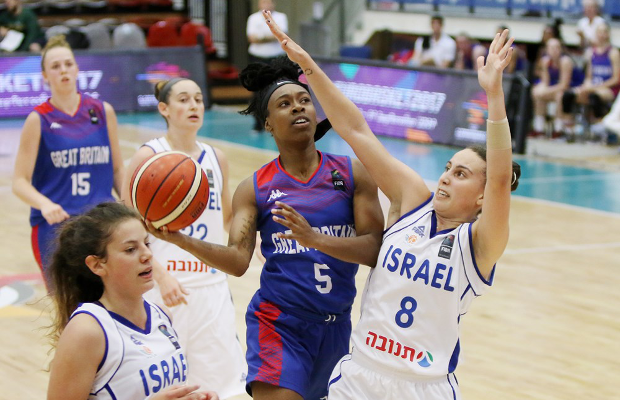 Great Britain Under-20’s hopes of reaching the semi-finals were dented on Wednesday, despite a spirited display against unbeaten Belarus as they went down 58-70 in Eilat, Israel.

Chema Buceta’s side now have a 2-2 record in Group B and will require a huge win over Croatia tomorrow as well as an Israel loss to Belarus in order to have a chance of a top-two finish.

Gabby Nikitinaite top scored with a 16-point haul, while Abigail Johnson posted a double-double of 10 points and 15 rebounds.

Millie Stevens and Georgia Gayle were also in double figures with 12 and 11 points respectively.

GB opened with the first five points of the game, including a three from Gayle, but Belarus responded with an 11-1 run out of a timeout as they connected with their first three attempts from downtown.

Stevens and Johnson combined well in the post, while great ball movement led to a wide-open corner three from Nikitinaite to make it 14-19 at the end of the first.

The gap returned to double digits, but GB continued to battle well and began to step things up on the defensive end with a block from Jess Davies and multiple forced turnovers including a late 8-second violation.

Imani Whittington netted a triple and Gayle ended the half with a strong drive and finish to cute the gap to 33-34 at the break.

Gayle then fired in another three to put GB ahead at the start of the third as they opened with another 5-0 burst. Again, Belarus responded and a strong close established a 43-50 advantage heading into the final period.

Despite their best efforts, GB were unable to make further inroads into the deficit with a 6-1 run proving decisive as Belarus maintained their unbeaten record in the competition.