Myerscough Take Down Lewisham for Under-18 National Cup Title - Hoopsfix.com

Myerscough Take Down Lewisham for Under-18 National Cup Title 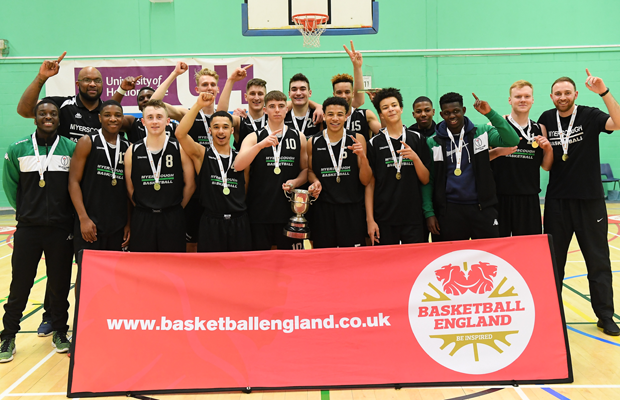 Zion Tordoff earned MVP honours after finishing with 20 points and 9 rebounds in the win with Myerscough pulling clear in the fourth to take the title.

Konrad Kantorski also reached double figures with 15 points, while Edoardo Del Cadia grabbed 14 rebounds to go with his 7 points on 3-of-4 shooting.

Myerscough edged a closely fought opening period before extending their lead to go into half-time with a 34-28 advantage.

The game was level at 47 late in the third before Kantorski’s basket handed Myerscough a slender advantage to take into the fourth.

A 12-2 start to the final period established a 12-point lead for Myerscough and they went on to wrap up the victory.

Joshua Edwards led his side with a game-high 23 points as Thunder ultimately came up short.