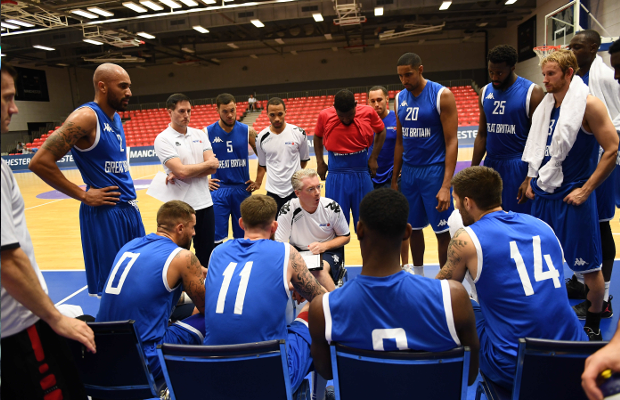 Great Britain’s Senior Men suffered an 83-71 defeat at the hands of the Netherlands in a behind-closed-doors friendly at the National Basketball Performance Centre, in Manchester, on Friday evening.

Joe Prunty’s side won the second half by 20 points, but were left to rue a costly second quarter in which they could only manage a single basket.

Achara netted back-to-back triples in a bright start before Gordon – on his home debut for GB – scored five points to make it 13-6. However, a seven-point lead turned into a seven-point deficit as the Netherlands took control with an 18-3 run, leading 29-22 after the opening 10 minutes.

The second quarter was completely one-way traffic as the visitors scored with ease en route to a dominant 27-2 period as the Netherlands’ advantage ballooned beyond 30 points.

Despite trailing 56-24, GB came out firing in the second half with a 16-2 start to the third period including seven points from another home debutant, Olaseni.

GB held their opponents to seven points as the deficit was halved to 16 points ahead of the final 10 minutes.


The lead continued to be chipped away at in the fourth and the gap was as small as 10 points when Gordon netted his third triple in the final minute before the Netherlands completed an 83-71 victory.

Prunty’s side are now 0-4 in preparation and face the Netherlands in the second game tomorrow (Saturday) at 7pm – open to the public.