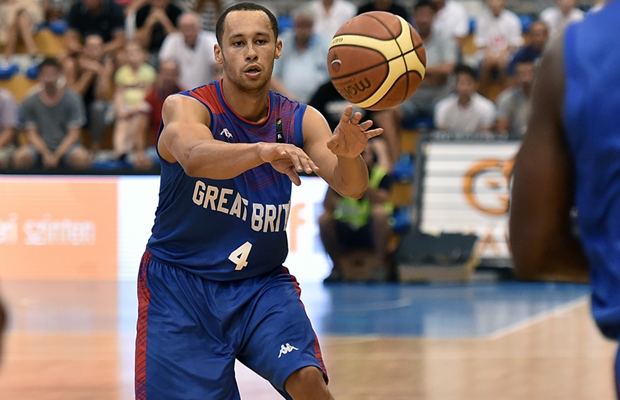 Great Britain’s Senior Men fell to a 96-77 defeat against Hungary in their EuroBasket 2017 Qualifiers opener, in Kecskemét, on Wednesday evening.

Joe Prunty’s side are now 0-6 for the summer as they start 0-1 in Group G action ahead of three consecutive home games, starting on Saturday against Macedonia.

Dan Clark top scored for GB with 22 points along with Andrew Lawrence, who scored 12 of his 22 points in the third period, while Gabe Olaseni added 10 points.

“The bottom line in that game tonight was that our defence was not up to standard  – we gave them too many situations where they could make big plays, big baskets without any stops,” said Prunty.

“They were quicker to the ball tonight. The bottom line is that we need to do a better job defensively.”

“It’ll be a different game against Macedonia so we’ll have to prepare for that – but some of the core things about our defence have to be significantly better.”

Lawrence added: “Credit to Hungary, some of their main guys came out and did a great job – Adam Hanga had an incredible game – they made a lot of shots and made it very difficult for us out there.

“We have to refocus – not forget this game, we have to take it into account and not let it happen again and move forward and beat Macedonia on Saturday.”

It was Clark who opened GB’s account as an evenly contested first quarter ensued, although the hosts maintained a lead throughout. They led by as many as five points with Lawrence scoring a team-high five points off the bench with his side eventually 25-22 behind at the end of the first.

Hungary began to pull away in the second period and extended the gap to beyond double digits with a high percentage of shots made inside the arc.

Ben Gordon went 0-8 from the field on his competitive GB bow, but turned provider with eight first-half assists. Clark was the main benefactor as he went to 14 points, although GB went into half-time, trailing 53-41.

The gap increased to 15 points at 65-50 before Lawrence began to take over, scoring his team’s next 12 points and reducing the deficit to single figures on a three at one stage.

However, Hungary responded with a strong finish to take a 74-62 advantage into the final 10 minutes.

Clark and Alex Young scored three points apiece early in the fourth as GB threatened a revival, but their opponents pulled clear for good.

An 8-0 run gave Hungary a commanding advantage and they went on to wrap up a 19-point victory with Adam Hanga leading the way with 32 points.

GB are next in action in the aforementioned home game against Macedonia, before subsequent games against Luxembourg and Hungary all inside seven days.