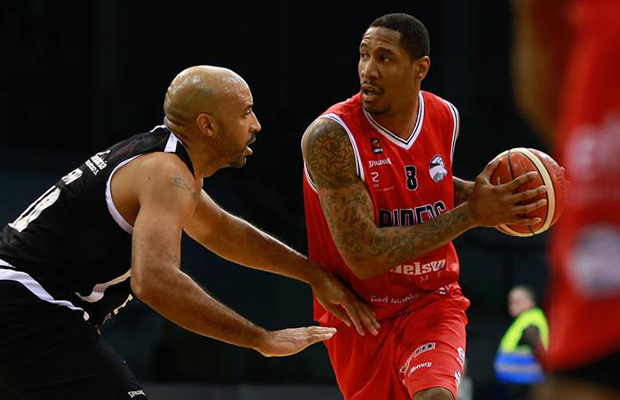 Drew Sullivan has been named as the Player of the Year in the annual Basketball Journalists Association (BJA) awards for the 2015-16 season.

“I’m extremely happy to have been named the BJA Player of the Year,” said Sullivan.

“It’s a massive honour to be recognised with an award like this.

“The most important thing is that the writers that voted for me have looked past numbers, as usually this is what most individuals focus on.”

He added: “I’d also like to add that while this is great for me personally, I hope that young British players trying to make a name for themselves understand it’s not always about stats, or shots or how much they play.

“It’s about playing hard, trying to get the most out of the players around you, but most importantly helping your team be as successful as it possibly can.”

The BJA’s Coach of the Year award went to Leicester Riders’ play-caller Rob Paternostro after guiding his side to two trophies this season with a possible third to come at The O2 Arena on Sunday in the Play-Off Final.

Continuing the Riders’ dominance, Jamell Anderson is the recipient of the Pete Jacques Award for BBL British Player of the Year, which acknowledges outstanding contribution or someone that has improved his game. Achara again narrowly missed out with his Glasgow team-mate Will Hall, in third.

“I didn’t expect anything like that,” Anderson said of his award.

“But I’m nothing without my team – these guys are paramount to anything good that I’ve been able to achieve over the course of the season.

“I’ll continue to work hard and play great basketball with a great team of players and coaching staff.”