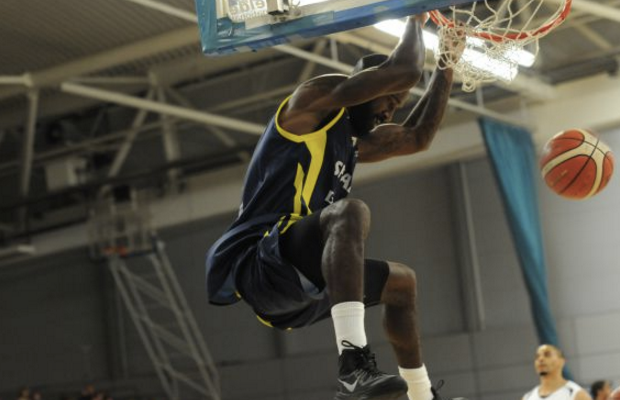 The BBL Championship standings are beginning to take shape after the sixth week of the season was completed.

Newcastle Eagles still lead the way and were largely untroubled on their way to an eighth straight league win as they defeated Leeds Force 78-52. The Eagles raced into a 12-0 start and never looked back as Stuart Thomson and Scott Martin top scored with 14 points apiece. American Kwan Waller had a game-high 18 for Force, but they suffered their second defeat on the road for the weekend to drop to a 2-6 mark.

On Friday night, Worcester Wolves continued to build momentum with a convincing 92-65 victory at home to Leeds – paced by 22 points from Jay Couisnard. Rookie guard Ashton Khan added 16 points and dished out eight assists, while Ben Eaves had a 15-point, 11-rebound double-double in the absence of captain Pavol Losonsky. Force were slow out of the blocks and found themselves trailing by 23 at the half, but put up a much stronger fight in the second with Rob Marsden leading the resistance with 25 points and 11 boards.

Leicester Riders maintained their winning start to the season as they overpowered Sheffield Sharks in the second half to claim a 96-77 victory on the road. TrayVonn Wright hit 22 points including a poster dunk on TJ Robinson during his side’s fifth win, while Neil Watson added 20 points. Five players hit double figures for the Sharks as they built a five-point half-time before being blown away after the interval as the visitors put up 57 points in the third and fourth periods.

Atiba Lyons’ Sheffield did bounce back on Sunday as they stormed past Glasgow Rocks to claim their first league win of the season after a 90-62 win at the Emirates Arena. The two sides were level at 19-19 at the end of the first before the Sharks exploded in the second to establish a double-digit advantage and never looked back. Robinson finished with an impressive 23 points on 11-of-13 shooting along with 19 rebounds, while Jerrold Brooks added 20 points and six assists. Kieron Achara had 15 for the Rocks as they fell to their biggest home defeat against Sheffield since a 61-91 defeat in 2011.

London Lions also came away from their travels victorious as they denied Cheshire Phoenix a first home league win with an 87-72 success on Sunday. Jaron Lane continued his rich vain of form with a 19-point haul to lead the Lions as they raced into a 20-7 advantage and held on for the win that moves them into the top four. Jordan Williams had 17 for the Nix and led a second-quarter revival only to see the visitors pull away again, notably in the final period to wrap up the result.

Surrey Scorchers are also in the top four as they were joined by the Lions on a 3-2 record following their 91-86 win over Plymouth Raiders 24 hours earlier. DJ Felder claimed a double-double of  20 points on 9-of-11 shooting and 10 rebounds while Christian Behrens added 17 points as the duo combined for 37 of 46 bench points. New Raiders player-coach Daryl Corletto shot 5-of-8 from 3-point range on his way to a game-high 21 points but was unable to inspire a first season victory for his side as they drop to 0-4.

Also, Bristol Flyers defeated Manchester Giants 99-90 for their second league win on Friday night as they followed up last week’s BBL Cup success with another victory. Their total of 99 points was their highest in the BBL as they saw all five starters hit double figures, led by Cardell McFarland’s haul of 20 points with the American also dishing out 10 assists. Doug McLaughlin-Williams went 6-of-7 from 3-point range including three in a pivotal spell to end the first half in his 18-point display. For the visitors, Stefan Gill put up 27 points and Ingus Bankevics had 25 but the combined effort of 52 points were not enough to prevent the Giants falling to 2-5.