Midnight Madness Finals Night Returns with a 'White Out' - Hoopsfix.com

Midnight Madness Finals Night Returns with a ‘White Out’ 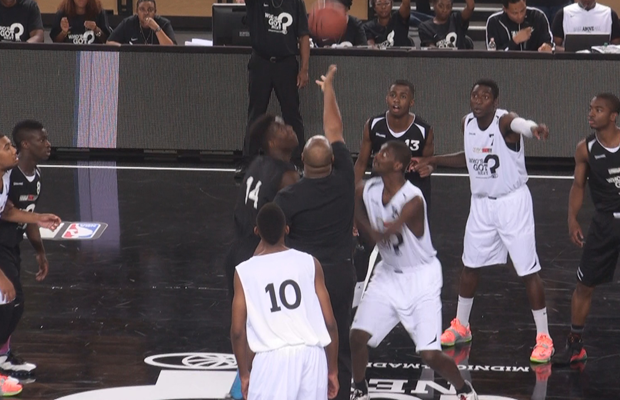 Friday night will see the culmination of this summer’s edition of Midnight Madness​, Britain’s biggest and best summer basketball event, as it ​returns to the Copper Box Arena​, at the Queen Elizabeth Olympic Park,​ from 6.30pm-10.30pm.

A number of Great Britain/England Senior and Junior international level players will be suiting up across both the over-20, under-20 and women’s games, while the dunk contest may just have the most stacked line up in its history. This year, for the first time, the court will be a complete ‘white out’, in direct contrast to their now renowned blacked out floor.

GB’s Matthew Bryan-Amaning, ​Ashley Hamilton, Orlan Jackman, and Jamell Anderson will take to the floor in the over-20s, along with Ed Lucas who has represented Angola internationally (full rosters here), while GB U20 Jules Dang Akodo highlights the under-20s (full rosters).

Flying in to London to compete for the coveted World Slam Dunk crown include:

This year, crowned winners of the competition will be travelling to the Caribbean to​ represent Britain in the islands’ top international ​invitational ​tournament. ​

With ​the best line up ​ever assembled for a dunk competition, special guest performances from the UK’s hottest female MC Lady Leshurr, plus Radio 1xtra DJ Ace supplying the sounds throughout the night, the action is guaranteed to have everyone ​up and ​out of their seats​ and set to deliver something new and outrageous to be remembered forever.

This event is fast approaching, with tickets available at a 50% discount via YPlan or pay £20 (cash only) on the door.