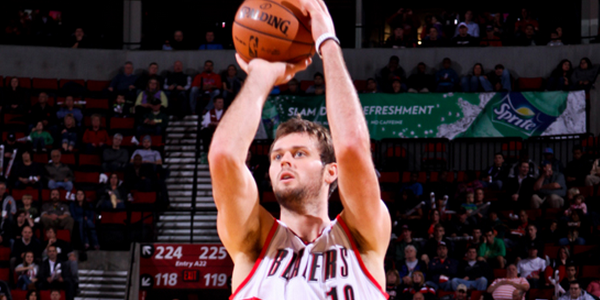 Joel Freeland is set to return to Europe after three years in the NBA with a move to CSKA Moscow, according to David Pick.

The GB forward did not receive a qualifying offer from Portland Trail Blazers, as he expected, and became an unrestricted free agent as a result.

CSKA had reportedly been monitoring Freeland’s situation prior to NBA Free Agency beginning in July, and have now got their man.

The reigning Russian champions will again compete in the Euroleague competition next season having been drawn alongside Freeland’s former side Unicaja Malaga, in Group D today.

Freeland has played in 43 games in the elite European competition – averaging a combined 12.7 points and 6.1 rebounds per game in three seasons with the Spanish club from 2009-12.