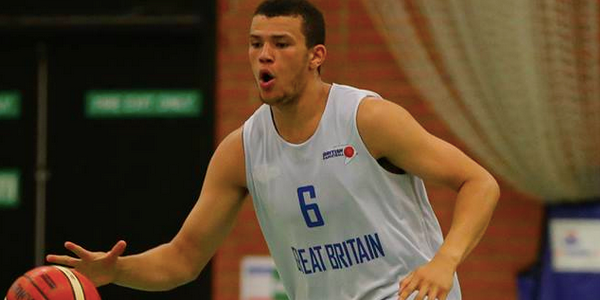 Great Britain under-20’s have been relegated to Division B after losing 86-84 in overtime against Poland at the European Championships, in Italy on Friday.

Douglas Leichner’s side launched a spirited fightback after trailing by 15 in the third, but saw their hopes of Division A survival end in the extra period having been so close to victory.

GB had led by nine points in the fourth and looked to be heading into the coveted 13th/14th playoff when Luke Nelson fired a 3-pointer to make it 72-69 in the closing stages.

Nelson’s tournament-best couldn’t quite see GB through as he poured in 26 points and dished out eight assists, while Kavell Bigby-Williams had another impressive display to finish with a double-double of 22 points and 10 rebounds.

Poland had raced out to an early lead and were able to open up a 22-17 advantage at the end of the first.

They increased their lead to 33-25 in the second before Nelson sparked a 9-0 run with his first triple of the game as GB stormed into a 34-33 lead going into the half-time interval.

Poland stormed ahead when play resumed and went on a seemingly pivotal 15-0 run to lead 51-36 late in the third.

However, the response was key from GB and they gave themselves a fighting chance by finishing the period with a 14-3 reply to cut the gap to 54-50 heading into the fourth.

GB took the lead with the first seven points of the fourth as they began to take control as their newly acclaimed advantage grew to almost double-figures at 65-56.

However, there were to be more twists as Poland levelled at both 67 and 69 before Nelson nailed another big shot from beyond the arc. Mo Soluade could only go 1/2 from the free throw line to make it 73-70 but Poland were able to force overtime with a incredible three from deep.

The extra period was just as tense and topsy-turvy as regulation had been and Nelson fired GB back in-front with another three to make it 79-78.

Soluade added a three of his own but his effort was in between two efforts from downtown from Poland as they took an 85-82 lead into the final minute.

GB went 2/2 from the line as Soluade took his tally to 10 points to put his side within one and even though Poland split their two attempts, it was enough to take a slender 86-84 victory.

GB will look to close out the tournament in style when they take on Russia for 15th place, in a repeat of their recent Group G encounter on Wednesday.