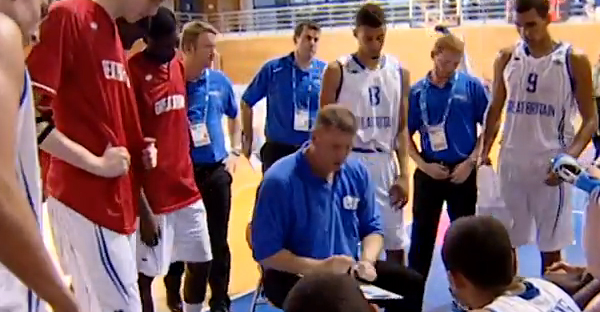 GB U20s hopes of reaching the quarter-finals of the Division A FIBA European Championships hang by a thread after being beaten 74-57 by a strong Serbia side in their penultimate second round encounter.

They faced an even tougher task with the absence of their starting front court, Ben Lawson and Kavell Bigby-Williams, and after a solid start, GB were outscored 17-7 in a costly second quarter.

Due 2 injuries, we were undermanned but collectively played our hearts out vs 1 of the best U20 teams in the world! Much respect 2 Serbia!

Incredibly proud of our team tonight, they fought for 40min under difficult circumstances, alot of positives 2 take, Spain tomorrow #GBU20NT

Douglas Leichner’s side now face Spain on Wednesday in a must-win game to have any chance of making the Division A last eight at the first attempt.

Luke Nelson top scored for GB with 18 points while Grant Mackay was the only other player in double figures as he recorded a double-double of 11 points and 12 rebounds.