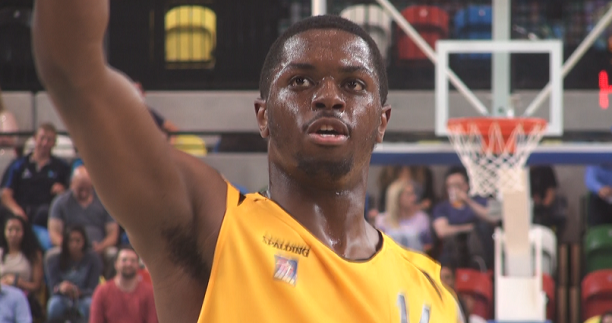 Matthew Bryan-Amaning has signed with French Pro-A side Sharks Antibes for the remainder of the season.

The 6’9″ forward, who began the season with South Korean side Anyang KGC, has been putting on a show in the BBL for the past fortnight after signing a short-term deal with London Lions as he awaited a contract abroad.

MBA averaged 20.3 points, 8 rebounds, 1.3 assists and 2.3 blocks in 27 minutes per game over three appearances for the Lions, including a number of highlight reel plays.

“I just want to say a big S/O to @London_Lions organisation and fans for giving me (the opportunity) to play Bball on a professional level in my hometown,” he tweeted on Sunday night after helping the Lions beat Glasgow.

“I will be moving on to the next step in my career but my short time here will not be forgotten..LOVED having my city on my chest,” he added.

The University of Washington graduate will fly out to join the team, who are looking for reinforcements after starting the season 0-3, in France on Tuesday morning.