Matthew Bryan-Amaning Has 7 Blocks in His BBL Debut! 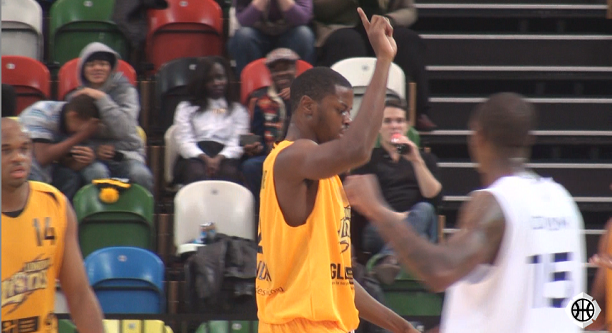 Check out Matthew Bryan-Amaning putting his athleticism on display for the London Lions on Thursday, as he had seven blocks and 1 Dikembe Mutombo finger way against the Worcester Wolves!

MBA finished with 15 points, 6 rebounds, 2 assists and 7 blocks (for some reason only officially credited with 5) in 23 minutes in his debut, but it wasn’t enough as Worcester stole a come from behind OT victory.

Tickets for the 2014 BBL Cup Final are now available – buy them here.