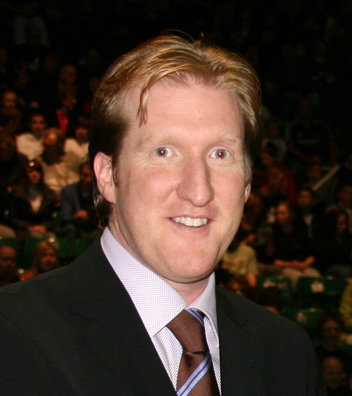 Newcastle Eagles owner Blake, who has spent close to a decade in the role, feels the league is now in the right place to be able to appoint an independent chair to help the league continue to grow.

“I advised the board back in February that I would be looking to step down post season, primarily to focus on up and coming club projects but also because I felt along with other directors that a number of areas we have all been working on over the last three to four years were starting to move forward and a natural point to look toward an independent chair,” Blake told The Journal.

Despite still being far from a finished product, the league has made huge steps forward in recent years, including franchise expansion, community work with the BBL Foundation and having a commercial department back in place in the league head office.

“The next stage for BBL is to build on its governance and the natural progression is to see an independent chairman for the league,” added Blake.

New independent chairman Ed Percival brings with him skills and expertise from his work as senior member of Shirlaws – a global business coaching organisation and who specialise in building assets in client companies. He has an extensive history of involvement in the sport in a broad spectrum of areas which most recently has seen him act as a BBL Foundation Board Member.

Understandably Percival is now looking forward to the challenge of taking up his new position and was quick to express his pleasure at being handed the role.

“This chairman position is a huge honour for me,” he said.

“The BBL clubs provide exciting sporting entertainment and the professional game is progressing year on year. The basketball community is also growing rapidly and the BBL events team, led by (Chief Operating Officer) Andy Webb, always puts on compelling Finals. I am thrilled to be engaged.”

His appointment is the first stage of a gradual transition to an Executive Committee managing the BBL, made up of non-affiliated Non-Executives, along with the Chief Operating Officer and Commercial Director.

Joining Percival on the new Executive Committee will be Simon Vumbaca of ASV LAW. Vumbaca is a top international sport lawyer bringing vast experience of boardroom negotiations and all legal aspects in sport and media rights. Vumbaca has acted all around the globe for Federations, Olympic Committees elite athletes, regulatory bodies and sponsors, in all high performance sports ranging from motorsport to football, rugby, sailing & athletics.

Vumbaca said, “I am delighted to have been asked to continue assisting the BBL in its continued development and it is with great pleasure that I accepted the position.”