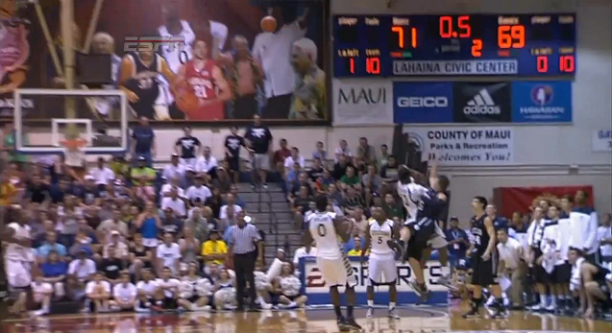 Watch this crazy ending between Marquette and Butler at the EA Sports Maui Invitational, which resulted in a Rotnei Clarke game winning buzzerbeater!

Skip to 6:28 if you just want the final possession…but worth watchin’ the earlier stages as well – there’s another pretty tough clutch shot made at the other end by Jake Thomas a couple of possessions before.