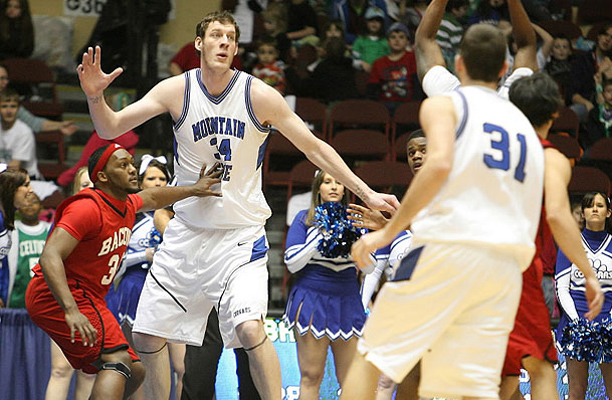 Paul Sturgess, known for being the tallest player in college basketball last season at 7’8″, has been announced in the Harlem Globetrotters 2012 rookie class.

The centre originally out of Loughborough, joins the team after graduating from NAIA school Mountain State and becomes the 19th internationally born Globetrotter (and of course the tallest).

“Tiny”, as Sturgess will now be known, revealed to Hoopsfix that it was the NBA lockout that has in fact led to him playing for one of the world’s best known basketball teams:

“I was gonna be playing NBA summer league but then obviously the NBA has been locked out so I chose the Globetrotters for the exposure. I’ll be touring the world and will get my name out there.

“I’m going to get to visit places that I probably wouldn’t ever have got the opportunity to go to otherwise. I’m excited, it should be good fun.”

Sturgess admits however, that the level of competition he will face may not be the most appropriate for honing his game for the pro leagues, but says he will be performing his own workouts throughout the season and in between tours to remain ready as he looks to make his debut in the Vegas summer league next year, lockout willing.

Hoopsfix wants to wish Paul all the best with his pro career!

Anyone know is there has ever been another British Globetrotter?