Ryan Richards is currently on the workout circuit in the run up to the NBA draft, this real nice video popped up on Youtube from the Sacramento Kings of his workout with them. Though it includes the other players in the workout, there is some nice stuff of him in there (draining those 15 foot J’s!) and a good insight into the kind of stuff teams are having him do. On a completely separate note, the big white guy (Cole Aldridge I believe) has the worst form I have ever seen on his jumpshot..some crazy ass Larry Bird type over the head thing goin’ on!

After the workout he spoke to reporters about his game and his ability to play multiple positions;

You can find a different angle/shorter version of this same interview on the Kings Youtube channel here if you’re interested. 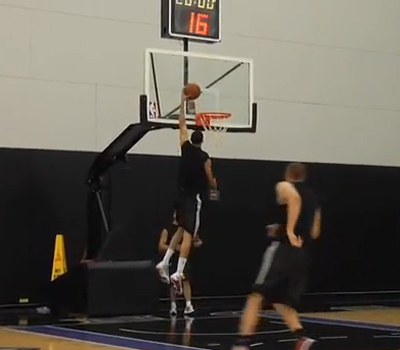 Richards has until June 14th to withdraw