Tigers Secure Trip To Semi With Tight Win over Rocks 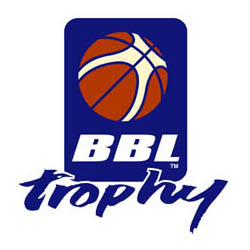 The BBL Trophy is getting exciting

Despite hearing the news of Dzaflo Larkai’s immediate departure from Everton earlier in the day, the Tigers held on for an emotional 88-87 win over Glasgow Rocks last night to secure a semi final birth in the BBL Trophy.

In the final quarter a pair of Gareth Murray three-pointers sparked a 12-2 burst for the Rocks to give them the lead. Glasgow fought to get themselves back into the game with back-to-back threes from Rob Yanders in the dying seconds to get them within 1, but it wasn’t enough as Everton held on for the tight victory and booked their spot in the semi-finals of the competition.

Jerome Gumbs led all scorers with 27 points for the Tigers on an efficient 11/16 shooting, adding 12 rebounds to complete a double double. whilst Rob Yanders led the Rocks with 18 points.