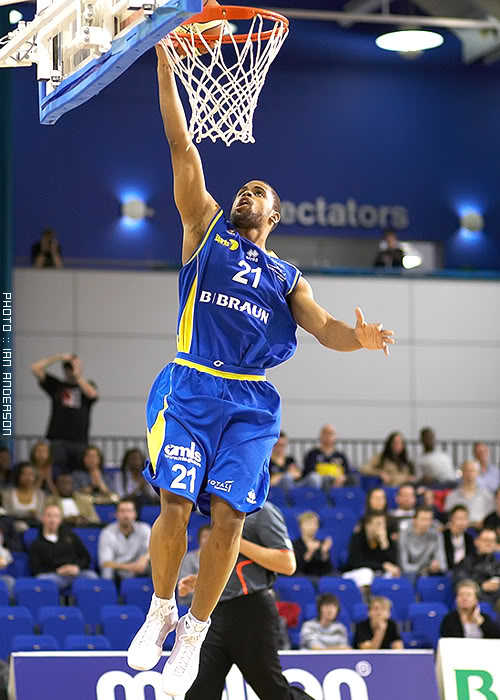 Rookie Mike Cook is having a spectacular season

Led by spectacular Rookie Mike Cook, the Sheffield Sharks kept their 2 point lead at the top of the table with a 100-86 beating of the Jelson Homes DMU Leicester riders.

The Riders led 65-64 going into the fourth quarter, but the Sharks took control of the game with a 16-2 burst, followed by a 9-2 run that sealed a comfortable victory.

Cook finished with 31 points for the Sharks, whilst Leicester were led by Bradd Wierzbicki and Jason Johnson who had 21 points each.