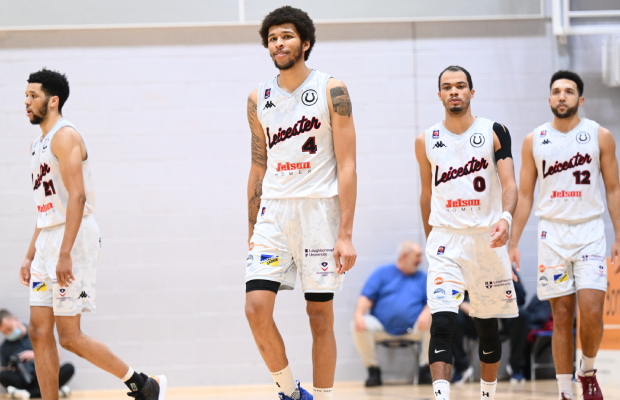 Leicester Riders have been crowned BBL Championship winners for a sixth time after they defeated Plymouth City Patriots to secure top spot in the regular season.

Rob Paternostro’s side won the league title for the first time in the 2012-13 season and have now won five of the last six completed Championship campaigns.

Geno Crandall top scored with 25 points along with eight rebounds and seven assists in their 60-77 road win on Wednesday night as they improved to a 21-2 record with four games still to play.

The Riders add a second piece of silverware this season having won the BBL Cup title back in January and will now go in search of another domestic treble in the playoffs having previously done so in back-to-back seasons from 2016-18.

Pat Whelan is the team’s leading scorer with 16.0 points per game this season amongst five players averaging double figures in scoring. Captain Darien Nelson-Henry is posting 12.5 points and a team-high 5.6 rebounds per outing with the reigning league MVP Crandall putting up 6.9 assists per game along with 12.4 points.

Elsewhere, London Lions are in pole position to take second place ahead of Manchester Giants, while Newcastle Eagles and Surrey Scorchers occupy the two bottom spots in the league.