Weekend Watch: Low-flying Eagles in need of a first win 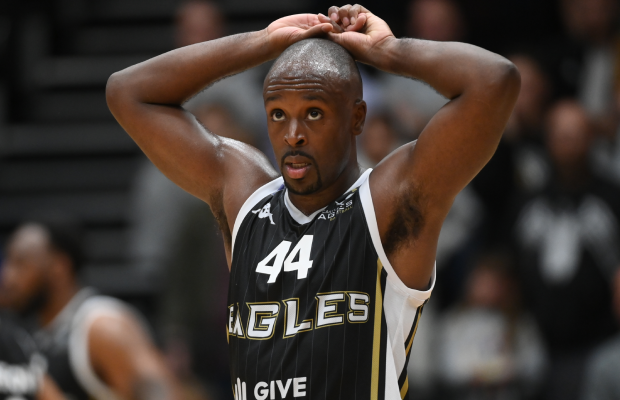 Here’s a look at the action coming up this weekend with eight games taking place as the BBL Cup group phase continues.

Game of the weekend

It’s still early days in the competition, but the Eagles will face an uphill task to advance should they drop to 0-4 on Friday night. The top four sides in each group make it through to the quarter-finals and the defending champions are already two wins adrift of the teams above them. One thing is for sure, though, never write off the Eagles.

Meanwhile, Cheshire have made a bright start with two wins from their three opening games with GB guard Teddy Okereafor settling in with 21 points, nine rebounds and four assists in their last outing – currently ranking amongst the top 10 scorers in the league.

The back-court duel with Rahmon Fletcher will be one to watch, as will the battle inside between Newcastle’s Duke Shelton and Cheshire’s Mike Ochereobia with the duo both averaging 11+ rebounds per game on the early season. Newcastle have started 0-2 at home and will be looking for the crowd at Vertu Motors Arena to help inspire a belated first victory.

Great way to bounce back!! On to the next 🙌🏽 https://t.co/rZQZB3zgfb

Also on Friday night, Sheffield host Manchester with the two teams heading into the weekend in a three-way tie with Cheshire in top spot. The Sharks then head to face Ben Thomas’ side in a big clash on Sunday, while Manchester entertain Glasgow Rocks.

In the South, unbeaten London Lions have a double-header at the Copper Box – including a repeat clash with Surrey after their second team won their opener – with a chance to extend their lead at the top of the group. Leicester Riders will look to avenge their loss to Bristol as they embark on a South-West road trip, also facing the winless Plymouth City Patriots.

ALL games are available to watch LIVE and for FREE over at bblplayer.co.uk

In NBL Division 1 action, there are seven games on the menu this weekend included early unbeaten clashes between BA London Lions and Team Newcastle University and Hemel Storm against Thames Valley Cavaliers.