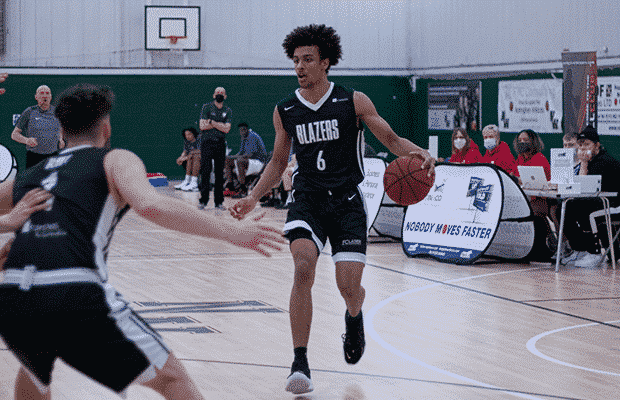 The top Under-19 players in the country will return to competitive action with the announcement of the EABL and WEABL Summer Showcase from Basketball England this afternoon.

The new competition, designed to provide access to high-quality competition for young elite players in order to enhance their development and progression opportunities, will take place over seven weeks, featuring 15 EABL and 12 WEABL sides.

It will be the first competitive action in over a year for the majority of players, since the COVID-19 pandemic brought an end to the 2019-20 season prematurely and cancelled the 2020-21 season entirely.

Beginning in the first week of May and with a focus on player development, the Showcase won’t crown an overall team winner upon completion, instead aiming to complete as many games as possible in a safe and responsible environment, given the current COVID climate.

“It is great to be back,” Myerscough head coach Neal Hopkins said. “This has been a long time coming and I think I speak on behalf of everyone in saying that I’m excited to see the players back on the court after such a difficult time.

“I hope as a league we are able to put on a great show!”

“We’re really looking forward to the Summer Showcase event and seeing what we can do as a group.

“COVID has made it hard for everyone this year, especially the U19s who have missed a whole year of competition and games. This event will enable them to get out on the court, compete and have something to prepare for.

“It’s felt like the longest pre-season ever but we are ready to go.”

The schedule will be split into North and South pools, with no crossover between the pools at any
point. Some fixtures will be played at a single venue, with some game weeks using a ‘bubble’ site to
host multiple games on one day.

The teams for this year’s Summer Showcase are as follows: