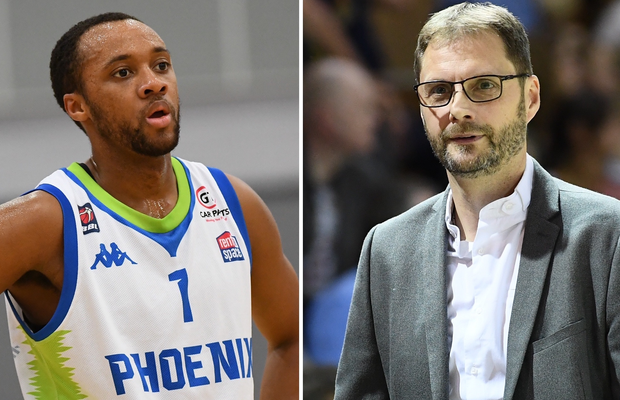 Parker Jackson-Cartwright has been named BBL Player of the Year in the annual BJA awards with Vincent Lavandier taking the Coach of the Year award.

The Cheshire Phoenix guard had a standout year and his performances were recognised by the members of the British Journalists Association, beating Newcastle Eagles’ CJ Gettys and London Lions’ Ovie Soko in the voting.

Jackson-Cartwright put up 20.2 points, 7.4 assists and 3.7 steals per game for the Phoenix, who had a 7-6 record in the league before it was cancelled due to the coronavirus pandemic.

“It feels good to win this award,” said Jackson-Cartwright via release. “My hard work has certainly paid off, but I couldn’t have won this award without my team-mates, coaching staff and the support of the Nix nation.

“I feel that Cheshire is a franchise moving in the right direction, building a winning culture and they always put the interests of the players first.

“I had a lot of fun playing in the blue and yellow threads this season.”

Glasgow Rocks had led the Championship standings with 12 wins from 15 with Frenchman Lavandier picking up the Coach of the Year award for guiding his side to the summit, though they were not crowned champions with five games still to be played.

Matt Newby led Worcester Wolves to the BBL Cup title in his first season with the club and he came second in the voting with Ian MacLeod in third with his Newcastle Eagles side lifting the BBL Trophy in what turned out to be the final game of the 2019-20 campaign.

Despite missing out on the Player of the Year award, Ovie Soko was recognised for his outstanding contributions as the Pete Jacques Award recipient with Tayo Ogedengbe and Ben Mockford in second and third.

Meanwhile, Myles Hesson and Luke Nelson were amongst the top three in voting for the Syd Lipski International Award for top British performer overseas with Jo Leedham-Warner taking the honour.