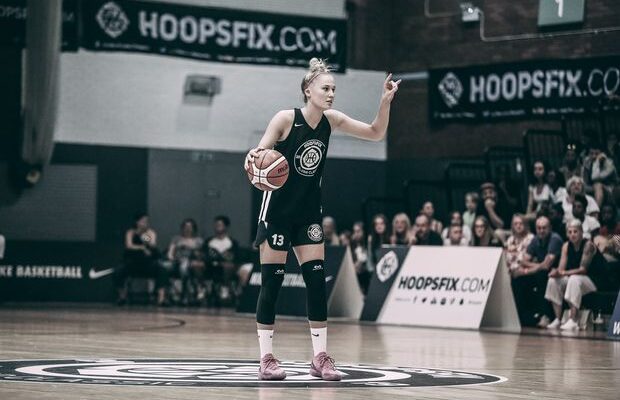 Esther Little has announced her verbal commitment to NCAA Division 1 school Gonzaga University for the 2021-22 season.

The GB junior international captained Ipswich to the Under-18s National Cup title earlier this year and still has another year left at the Ipswich Basketball Academy at Copleston.

It’s been a long time coming but I couldn’t be happier to finally be announcing that I have committed to Gonzaga University & will be joining the @ZagWBB family in 2021!! #gozags 🐶🏡 pic.twitter.com/779e41EQK2

Little revealed the reasons behind re-classifying to the Class of 2021 – in our recent Hoopsfix feature, HERE – and is looking forward to joining up with the current No.13 ranked Zags after they stood out in the recruitment process.

“I’m so excited to finally announce my commitment to the University of Gonzaga and become part of the Zags family,” she said, per release. “I was fortunate enough to receive a number of offers from several Division One schools, but from the start, Gonzaga where top of my list.

“After visiting last September, I absolutely fell in love with everything about the programme. The facilities are amazing, but every college has amazing facilities.

“It was their culture, their staff and the sense of family that made them stand out for me – coming from Ipswich, we have those same values, so to be honest, from the moment I visited, it was going to take something incredible to sway me.”

Ipswich head coach Nick Drane added: “Esther’s recruitment has been on another level – we have had communication literally every day for well over a year, from nearly a hundred different schools of varying levels.

“Narrowing it down and getting it to a manageable number for Esther to build a relationship with has been exciting, overwhelming and an amazing experience, both for Esther, her father Matt and myself as her coach.

“Esther will be in amazing hands with Coach Lisa Fortier and her amazing staff at Gonzaga, who have been an absolute privilege to get to know during this process.”

Little represented England and Great Britain at consecutive Under-16 European Championships before making the step up to Under-18s in successive summers; setting a new British record in rebounds at an individual tournament after averaging 12.1 per game in Skopje, Macedonia.

The 6’2″ forward posted a triple-double amongst her four appearances for Copleston in the WEABL this season and featured in the first-ever Under-19 Women’s game at the Hoopsfix All-Star Classic in 2019.

Gonzaga went 28-3 on the season including 17-1 in West Coast Conference (WCC) before losing in the semi-finals of the post-season tournament.