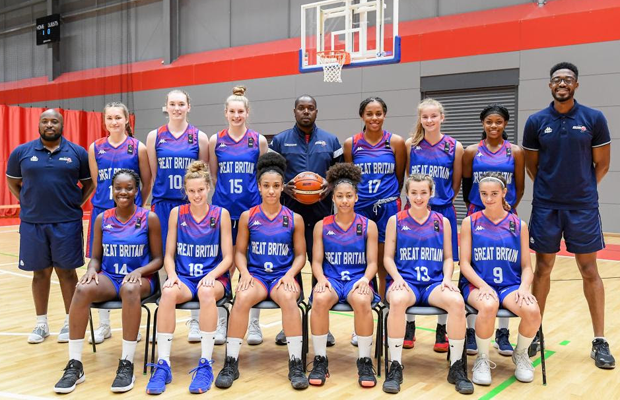 Great Britain have confirmed their roster of 12 who will compete at this week’s FIBA U16 Women’s European Championship Division B which takes place in Montenegro.

Head Coach Kenrick Liburd’s players will compete in Podgorica, looking to develop and progress in this year’s tournament, which opens against Macedonia on Thursday.

Manchester Mystics’ Jade Mbam is in the 12 along with Brighton Cougars’ Amelia Sandie. Pollyanna Storie – who having made many appearances for the City of Edinburgh Basketball Club also made her WBBL debut for Caledonia Pride last season, is included alongside Perth Phoenix’s Ella Doherty.

There are two from the acclaimed Sevenoaks Suns talent factory in Asha Andrews and Tamara Fournillier-Onadeko and two more emerging Ipswich talents in Ella Pearson and Cameron Taylor-Willis.

“We have been really encouraged by how hard the players have worked and how they have responded to the challenges that they have faced.

“The group is really coming together and starting to develop an identity on the floor, our focus is taking things one game at a time and being as good as we can be for the Macedonia game.”