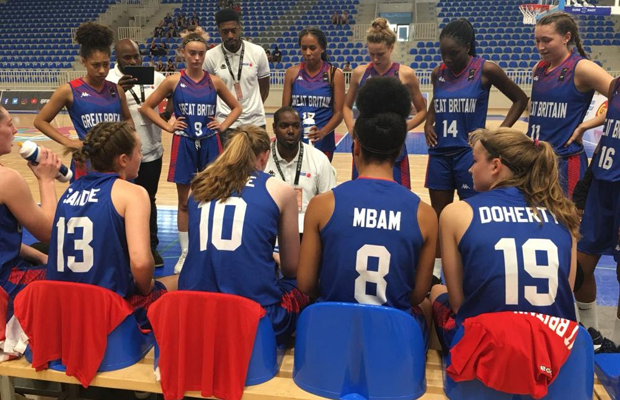 Great Britain took a morale-boosting 53-44 win over Macedonia, as they began their FIBA U16 Women’s European Championship in Podgorica, Montenegro.

5’6 guard Jade Mbam led all scorers with 20 points, while Brighton Cougars’ Amelia Sandie produced 13 of her own.

“I thought we played well first half and limited Macedonia to just one shot for most of that first half which allowed us to get into the running game a little bit,” Head Coach Kenrick Liburd commented.

“We turned it over a little bit more than we’d like to, but we shared the offensive load and people were able to get involved in the game.

“Overall, in the second half, there was a good display from us. It showed us that we were able to manage the game and that’s a new group of players playing together. They were able to see out a tough fourth quarter against one of the better players here – their big – and we did a really good job on the defensive glass.

“That’s a really good start from us and we’ve learned a lot about ourselves. We’ve found some resilience and Jade Mbam as team captain has done a good job.”

Jumping out to a 16-9 lead at the end of the opening quarter, GB held on to a 28-22 lead at halftime led by Mbam and Sandie.

Holding a six point lead heading into the fourth, Macedonia stormed back to tie the game just 2 minutes in, but GB managed to compose themselves behind the play of Mbam, and took the victory, holding their composure at the line.