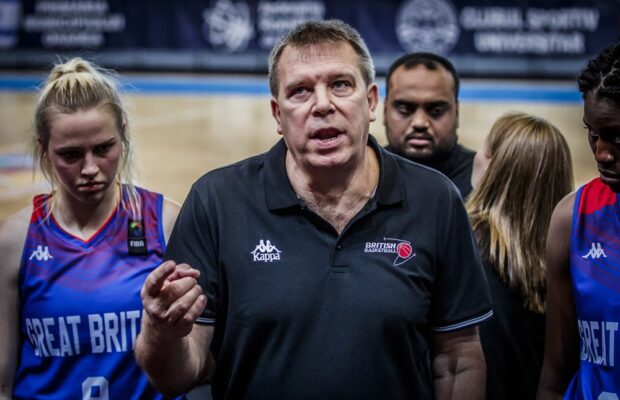 Great Britain Under-20s failed to build on a promising start as they suffered a 61-76 defeat against hosts, Romania, in Oradea on Sunday evening.

Jeff Jones’ side drop to 0-2 despite leading by as many as 15 points in the contest with their semi-final hopes taking another blow.

Savannah Wilkinson (@savwilkinson12) scored 23 points against Romania 🇷🇴 – her highest score for @gbbasketball at #FIBAU20Europe – now has 96 points in total.

GB pulled away after an even start as Shauna Harrison netted twice from downtown in a 12-3 run. Wilkinson scored the final four points of the quarter to move to 12 points on 4 of 5 shooting from inside the arc as GB led 26-15.

The Florida State sophomore moved to 15 points with her first triple of the game but that would be GB’s only score in the opening six minutes of a low-scoring period.

An inside score from Christie followed by a Sarah Round three put GB up 15 for their largest lead of the game. The hosts finished the half with a 7-2 close including a deep three at the buzzer to cut the gap to 10 at 36-26.

Momentum was with the hosts as they scored the first 11 points when play resumed to take the lead for the first time since the opening two minutes.

GB restored their advantage through Ozzy-Momodu before the two sides began to trade scores from beyond the arc. Wilkinson re-started her points tally with six straight as the lead continued to change hands in the third.

Romania seized control to establish a 53-58 advantage ahead of the final period and managed to keep GB at bay in the fourth before firing in four straight threes to seal the win.