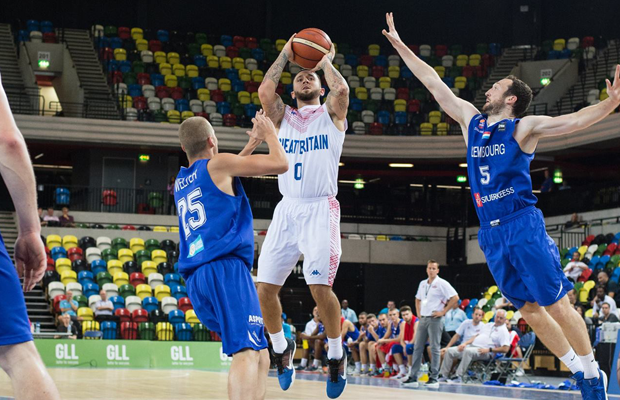 The high energy lefty guard played for Caceres in LEB Gold last year, averaging 9.5 points in 21 minutes a game before a broken bone in his foot saw his season come to an end early.

The 27 year old is looking forward to returning to Spain, where he is signed until December 31st.

“I’m happy to have signed with Palma,” he told Hoopsfix.

“I’m signed until January and then we will renegotiate further deals. I am looking forward to helping the team and having an impact. They made it clear they want me to play right away, which is good considering I’ve missed all pre-season because of our Eurobasket qualifiers. I played in this league last year so it’s pretty familiar, but I’m ready to play at a high level and help my team.”

Looking back on this summer’s campaign with GB where he helped the squad qualify for Eurobasket 2017, he added:

“We had a great summer. Some ups and downs but overall we got the job done, and that’s what we set out to do. Now we have to improve individually and get ready to come back together next summer for the real deal.

“Personally, I played limited minutes which got frustrating at times, but like coach told me he doesn’t want a player to be happy about not playing much. He knows I’m ready when my name is called and always engaged. I’m just happy we qualified and did it with great teammates. Those guys are like brothers.”

.@BenMockford talks how big it would be to qualify for #Eurobasket2017, the campaign so far & Hungary tonight pic.twitter.com/LtwGPPjHZ8