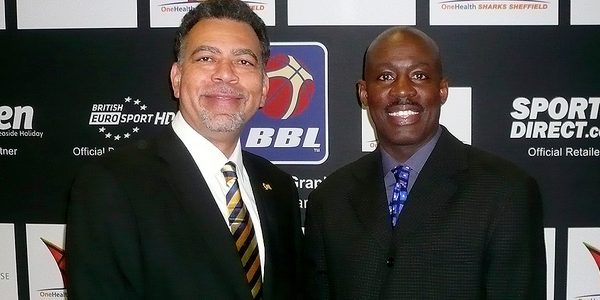 London Lions have confirmed that Vince Macaulay has stepped back from his coaching duties and will be replaced by BBL legend Nigel Lloyd, who takes over as Head Coach.

“I’m excited to be back as a Head Coach in the BBL,” said Lloyd. “The club has asked me to take a fresh look at the playing side of things and how the game has developed across the country and to react accordingly, I want to try and add some young English players to the team, plus work hard to capture that team chemistry that all successful clubs look for, I’ll be speaking to my close friends like Fab Flournoy and Paul James and look forward to getting to work.”

Macaulay had been Head Coach for the past few seasons of the Lions era, but will now revert back to just being the owner of the club.

“I have spent three years in London trying to get us to the top of British Basketball, having taken the team to the Playoff’s all three seasons I think we can compete on the floor now,” said Macaulay.

“I feel my time is now best spent off the floor, as since carving our way in London, we now have lots of commercial opportunities and it is my dream to take the club to the next level. We would like to have the credentials to be able to enter European competition within the next 3 years. I believe that this will be possible if we continue to grow the club, the fan base, the grass roots (through our partnership with Reach and Teach) and bringing on board more sponsors who want to see basketball in this country develop.

“I am delighted to pass the baton on to Nigel who will be assisted by Robert Youngblood and Laurent Irish which speaks to the coach development structure we have created here. Nigel is a fantastic leader and believes in my vision for the club. I feel so lucky to have appointed 3 coaches who have the same love and passion for this beautiful game as I do.”

The Lions are still to announce any signings for the 2015-16 season, although Drew Sullivan signed a two-year deal with the club last summer.