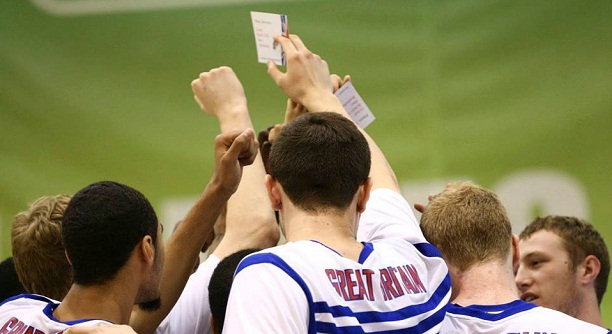 The Great Britain Under-20s survived a scare from Hungary to come out 65-60 victors on Wednesday, finishing a perfect 5-0 in the opening round at the Division B European Championships in Romania.

GB head into the quarter finals with the number 1 seed from Group A, meaning they will take on the fourth place finisher in Group B which will be determined by the end of play on Wednesday.

Holding onto a slim 1 point lead with just 20 seconds left, Devon van Oostrum came up huge at the free throw line in the closing moments for the second straight game, going 4/4 in the last 9 seconds to give GB the cushion needed as Hungary were unable to convert out of timeouts.

“We pride ourselves on our defense,” said head coach Doug Leichner after the game. “Right there at the end we had to make some stops and to the players’ credit they executed, they understood what we wanted and they got it done.”

“…now you’re in the knockout phase which we enjoy,” continued Leichner, looking ahead to the next round. “We take every game as if it’s a knockout, so for us, the amount of preparation, the attention to detail is no different. It’s not like ‘oh you’re in the quarter finals, now you can lose and be done’ – we take that mentality every single day in practice and in games.”

After missing the opening three games with injury, Matthew Don looked to be back to his usual self as he grabbed 10 rebounds in just 21 minutes along with his 4 points.

The quarter finals begin on Friday, giving GB a day’s rest before they play at 11:30am UK time.