Artest’s Agent Says BBL is a No Go 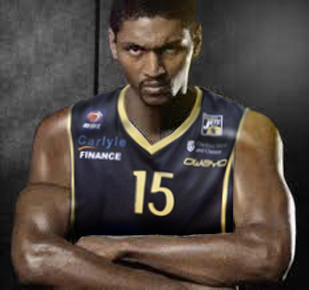 It's unlikely we'll be seeing Artest in a Jets uniform

Ron Artest’s agent David Bauman has said his client will not be playing in the British Basketball League next season.

In a phone interview with ESPNLosAngles.com, Bauman said a deal is far from reality at this point after Artest told The LA Times that he planned to play for either the Cheshire Jets or Glasgow Rocks while filming a movie in England in the fall.

“I told him, ‘Ron, the league over there is not strong enough to really give you the competition that you want. Even though that makes sense from a (convenience standpoint), it doesn’t make sense from a basketball perspective.”

Bauman also revealed Artest’s movie deal was not finalised yet whilst saying the competition available in Finland (another destination Artest has been linked with) and England “aren’t serious leagues”.

“England is probably the 10th or 12th best league in Europe. That isn’t going to make sense. If we do Europe, it’s going to be Israel, Russia, Greece, Turkey, Italy or maybe France. … When we spoke about the lockout, Ron said, ‘Find me the best teams.’

Bauman added that any decision on destination is premature until FIBA make a decision on whether or not NBA players under contract will be allowed to play overseas. That decision is expected by the end of next week.

The other big road block Bauman mentioned was insurance:

“God forbid any of these guys get hurt. Can I get $22 million insurance for Ron? I don’t think so.”

Well, it was fun while it lasted eh?