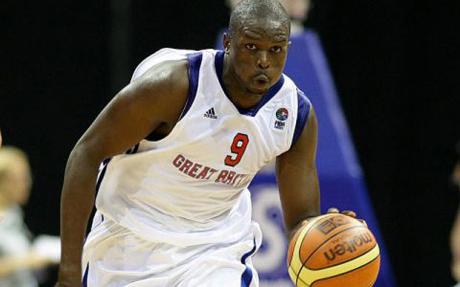 Luol Deng made an immediate impact.

Team GB felt the effects of Luol Deng’s return to competitive action as he dropped 32 points, a GB individual game scoring record, and led them to a 91-82 victory over Hungary in their Eurobasket 2011 qualifying opener.

He added 9 rebounds, 3 assists and 2 steals whilst Pops Mensah-Bonsu had a 14 point-18 rebound double double. Head Coach Chris Finch was pleased with the win despite letting a 12 point half time lead slip:

“This was a big win for us, Hungary are very good and they shot the ball well in the first half. We made some big plays down the stretch. The guys gutted it out. Wins on the road in this group are worth two”

Nate Reinking added 16 points, whilst Dan Clark, who got his first start in a competitive game, finished with 14. Full box score and play by play is available here.

GB will resume their campaign this Sunday at Northumbria University, Newcastle where they take on Macedonia in their first home game. Make sure you buy tickets (use code GAMEONBBB to get 50% discount)!