GB Lose Close One To Israel Despite Pops Going Off - Hoopsfix.com

GB Lose Close One To Israel Despite Pops Going Off 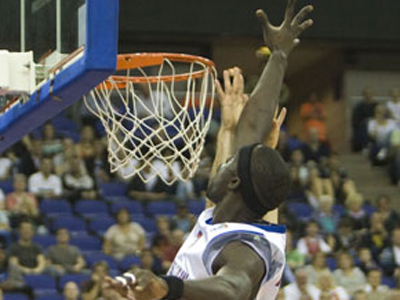 Team GB lost to hosts Israel yesterday, 86-82 despite another big game from Pops Mensah-Bonsu in the Tel Aviv friendly tournament in Israel. Pops finished with 25 points, 15 rebounds, 5 assists and 4 steals but it wasn’t enough as once again the British side lost by 4 (the third time in four games!).

GB struggled to stop Sacramento Kings star Omri Casspi who finished with 27 points and once against struggled with free throws, going 18/28 (64%) at the line.

There was another strong showing from GB’s young guys with Ogo Adegboye dropping 19 and Dan Clark 18, 9 rebounds and 3 blocks. Andrew Sullivan had 11 rebounds along with his 6 points. Full box score can be found here.