Huge thanks to Jordan Nembhard who sent me this link. Ignore the whole Armon Johnson thing, they got the players mixed up (click on his video and it says Ryan Richards). Richards had his workout with the Knicks on Monday, and as with a number of other teams, they interviewed him afterwards.

“I’ve made my decision, I’m staying in the draft this year”

This is the first time that Richards has publicly stated he would keep his name in the draft, which definitely confirms he is keeping his name in and from the sounds of things he has reason to believe he is going to be drafted. It appears his workout with New York went well, could Richards be a Knick? 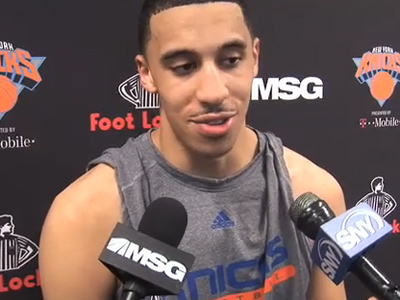