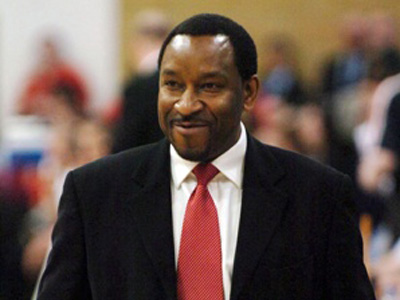 Paul James is Head Coach of the England men's side

British Basketball today announced the England Senior Men’s schedule for summer 2010. The team, coached by Paul James, will play 11 games over the course of the program including going up against world powers Lithuania at the University of Worcester in early July.

The program fits into the new British basketball pathway and is hoped will serve as a feeder system to the Great Britain senior men’s team.

“This programme will provide an opportunity for more players to gain valuable competitive international experience. This can only help with our targeting and planning for being successful at European Championship level in future generations towards 2016. It will also help to build the profile of English basketball and provide an opportunity for our younger English professional players.”

“This is a fantastic opportunity to work with some of the most talented English players who have either excelled at Under 20 level or are on the fringes of making the GB squad. There is no substitute for playing in international competition and exposing these players to competition of this type can only be good for English and British basketball.”

It’s great to see the commitment to the England senior side has been kept after the cancellation of the 1st FIBA Commonwealth Championship in August, I think we have the potential to put together a decent team!

The scheduled program is listed below. The squad is to be announced in the coming weeks.