Both Heartbreak & Redemption for GB U20’s Against Finland 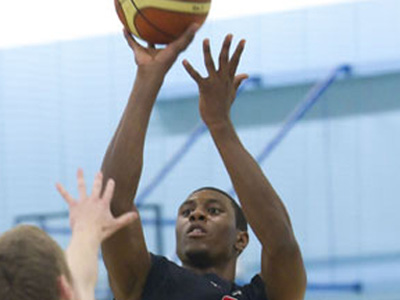 This is actually a photo from the Scotland game lol

The GB U20’s had both heartbreak followed by redemption in their doubleheader against Finland this weekend.

On Friday it appeared as though GB were going to cruise to an easy victory, leading by as many as 18 at one point, but a total breakdown, and too many missed free throws allowed Finland to get back in the game. In similar fashion to the GB U23’s in France, they ended up losing on a 3 pointer at the buzzer to give Finland a 1 point margin of victory, 68-67.

Ovie Soko led GB in scoring with 14 points, backed up by 13 from Andrew Lawrence.

On Saturday, refusing to allow a repeat of Friday’s game, GB came out and maintained their lead throughout winning by 10, 82-72. Andrew Lawrence led GB with 17, Ovie Soko had 16 and Jamell Anderson had 10.