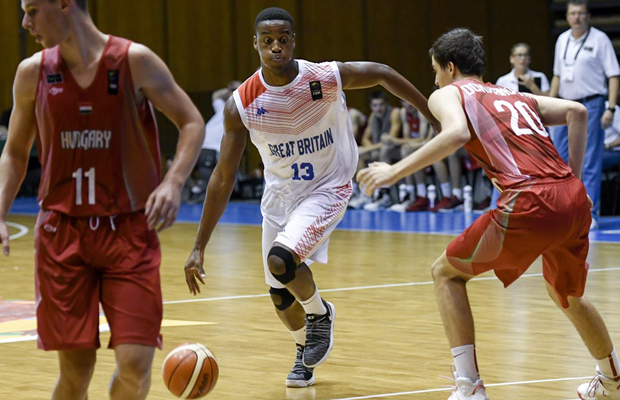 The Great Britain Under-18s pulled out a 82-78 win over Finland in their second game in Italy on Tuesday night.

GB struggled in the opening period, allowing 31 points in the quarter before tightening up in the second to hold Finland to just 6 to trail 37-35 at halftime. A dominant third, where they poured in 28 points and outscored Finland by 12 saw them take the lead before they held on in the fourth.

Nathan Robinson had another strong game with 19 points, Tomiwa Sulaiman had 16 points and 8 rebounds, Jacob Round 14 and Kareem Queeley returned to joined them in double figures with 11 points and 9 rebounds.

“As each day passes, players are becoming better within the system and style of game we want to play. The pace of the game and aggressive defence principles we are building are starting to have the desired effect.

“Tomorrow is our final preparation game where we must continue to get better and play with more consistency from the opening tip.”

GB will now take on Ukraine on Wednesday.