GB to Lift Off in Houston, Will Face Lithuania - Hoopsfix.com

Support
Home / National Teams / GB to Lift Off in Houston, Will Face Lithuania

GB to Lift Off in Houston, Will Face Lithuania 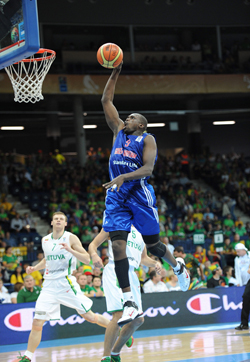 Great Britain will be holding their pre-Olympic training camp in Houston where they will face Lithuania in a warm-up according to reports in Lithuania.

As reported by Lithuaniabasketball.com, GB will face off against Lithuania in a warm-up in June, with training camp allegedly starting June 11th.

Head coach Chris Finch has previously said he wants to do as much of the preparation for London 2012 outside of Britain to avoid the inevitable media crush, and Houston, where Finch is currently an assistant coach for the Rockets, seems a natural choice.

Despite it being known that invites have already gone out for training camp, other than their warm-up against Team USA in Manchester, no details have been released of GB’s pre-Olympic schedule.