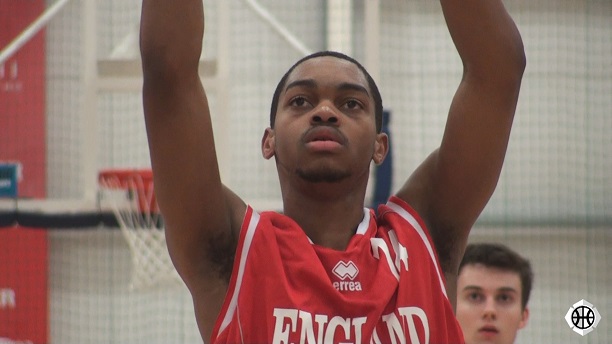 The England Under-17 development squad that will be travelling to Cherbourg later this week have been selected, following their training camp at University of East London last week.

They will head to France to compete in the Cherbourg Tournament from April 18th to the 20th.

“The guys have developed well through camps and the Haris Tournament and they are looking forward to the challenge of playing more international competition,” said Coach Stephen Barnes, who will be leading the team in Cherbourg.

“Having been to Cherbourg before with the U18s in their preparation, I have experienced how strong the competition will be. This tournament will enable the U17s to gain valuable knowledge and experience as they continue to develop and progress.”

“All the boys who returned to this camp have progressed in many levels from when we saw them at Christmas at the Bradford Camp. Many have developed physically and each and every player at the UEL camp pushed for a spot on this roster,” added Coach Paul Bowen.