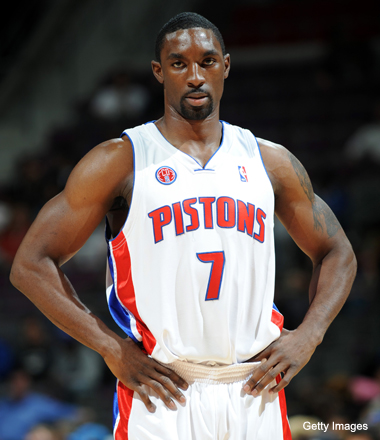 Ben Gordon will be in Liverpool tomorrow supporting GB

NBA Detroit Pistons star and future Team GB squad member Ben Gordon, despite his injury which prevented him joining GB on the court this summer, will be attending the GB double header in Liverpool tomorrow as a spectator.

Gordon is keen to illustrate his commitment to GB and their aspirations for 2012 and beyond, as such he will be present at the Echo Arena providing his support to the GB teams in their quest for EuroBasket 2011 qualification.

GB Standard Life men will take on Bosnia and Herzegovina while the GB women face Germany, where wins guarantee their spots in Lithuania and Poland respectively.

Big up Gordon, in a move that proves to everyone he is serious about his commitment to the Great Britain National side in the run up to 2012.