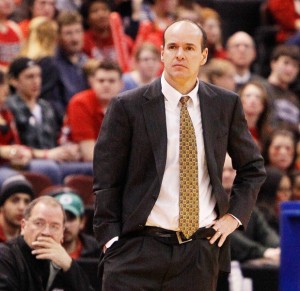 Smart is currently the head coach of Carleton University Ravens, where he has been at the helm for the past 13 seasons, having recorded 315 wins and just 30 losses in his career, along with numerous championships and coach of the year trophies. He also served as an assistant coach with the 2008 Canadian Senior Men’s National Team and most recently coached Team Canada at the 2011 Pan Am Games.

“The recent advertisements for the GB under-20 men’s position attracted 105 applicants, so the process of selection has been quite involved. From a players perspective the quality of applicants is reassuring and reaffirms that internationally we are viewed as having a quality program.

“The recruitment process offered good choices in selecting quality coaches for our future senior international players. There were many applicants who could do the job but Dave Smart is a standout coach internationally who we are pleased to have interested and committed. This will assist GB in reaching our goals and undoubtedly the players will be the beneficiaries.”

The press release added that the rest of the U20 coaching staff and initial roster will be announced shortly. Smart takes over from Tim Lewis who has led the side since 2006.